A recent documentary entitled ‘Escape from ISIS’ (aired in Australia on the Four Corners program), illustrated what life is like for the four million women that live in the region proclaimed as the new ‘caliphate’:

IS is transforming women into subhuman entities. They are now homo sacer, reduced to biological organisms that only exist as devices for the purpose of procreation and providing pleasure. Many kidnapped women are killing themselves rather than suffer such a fate. 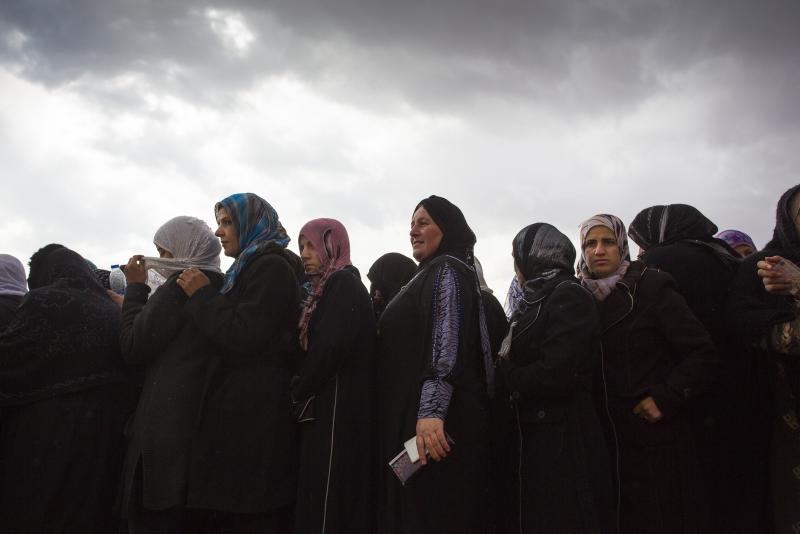 Women wait to be registered with the UNHCR in the town of Arsal in Lebanon. Copyright UNHCR 2013.

Islamic State may claim to follow religious tenants. They believe, for example, that the kidnapped Yazidi women, for example, are allowed to be taken as slaves because they are pagans captured during a holy war. At the same time, I struggle to believe that many IS fighters really believe that the prophet or God thinks it’s ok to rape a nine year old girl. Leaving aside the question of justifications, it is abnormal to be attracted to prepubescent girls or boys. Such behaviour is indicative of pathological illness, not the expression of religious freedom. Far from creating a world for the holy and the devout, they are creating a playground for sadists and paedophiles.

The Assad regime may have taken more lives than IS, but it is IS whose crimes remain the most unconscionable, for the same reason as most recognise the rape of a child as worse than murder. Assad’s violence is brutal and perhaps pathological, but the violence of IS, especially its violence against women, is worse.

Having gone into Afghanistan and Iraq and subsequently further destabilising the region, the US and its allies are now hesitating when it comes to fighting the good fight. The wars in Iraq and Afghanistan are not justified in my opinion, but a peacekeeping mission in Syria would be. The current strategy will not succeed because it has the wrong objective. It continues to be framed in terms of the War on Terrorism when it should be treated as a humanitarian crisis.

What the people need is help on the ground, not bombs from the air. The immediate deployment of a unilateral force of about 250,000 would be a good start. And yes, this will probably cost trillions. This might be idealistic, but it is not a question of money, it is a question of the type of world that we want to live in. Do we want to live in a world where we allow children to be raped because it costs too much to prevent it? 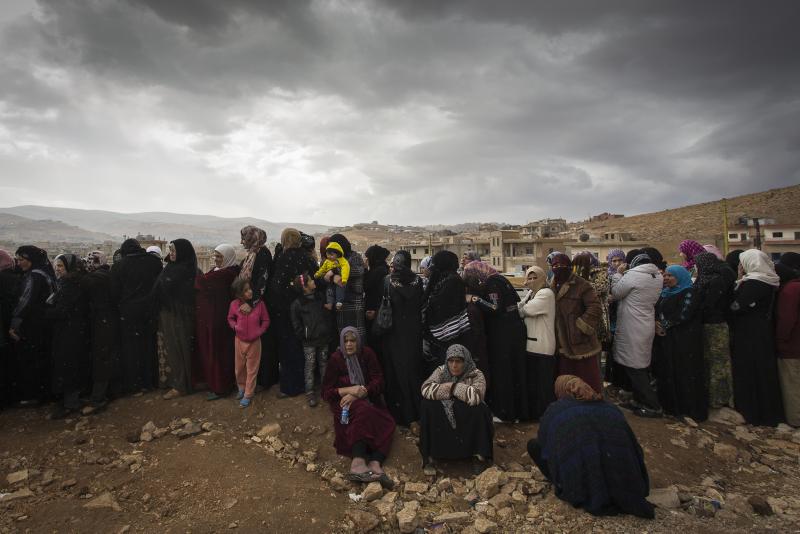 More women waiting to be registered in Arsal. There has been criticism in Germany recently about the system used to process registrations. Copyright UNHCR 2013.

Simon Bonneau: A Melbourne-based writer. He has a Bachelor of Arts with a double major in Literature and Philosophy and is currently completing a Masters in Philosophy by Research.