“Refusing the same basic ethical rights to those outside our community as to those inside it is something that does not come naturally to a human being. It is a violation of our spontaneous ethical proclivity. It involves brutal repression and self-denial.” – Zizek, Violence 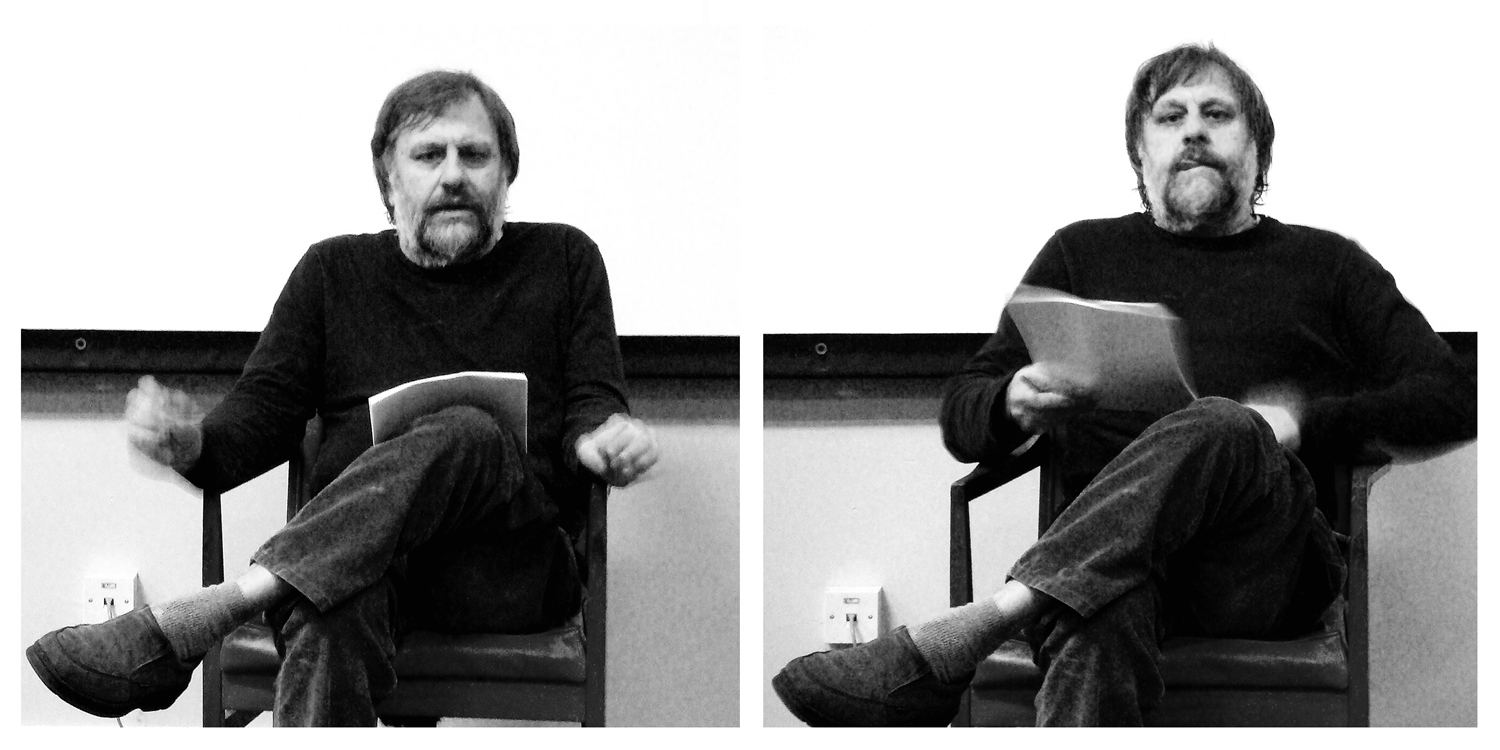 The phrase ‘charity starts at home’ comes to mind: many of us seem to have a tendency to limit our ethical concerns to those within our own communities. However, Zizek argues that this is anything but natural, that it involves ‘repression’ and ‘self-denial’. He gives the example of communist sympathisers in the west the ignore the appalling abuses of Stalin’s regime. He also mentions Kant’s sympathetic attitude towards the French revolution.

“The question here is: does every ethics have to rely on such a gesture of fetishist disavowal? Is even the most universal ethics not obliged to draw a line and ignore some sort of suffering?” – Zizek, Violence

The fetishist disavowal, which Zizek sums up as, ‘I know, but I don’t want to know that I know, so I don’t know’, is a process of denial, the denial of one’s position in the world relative to others. He argues that life functions on the basis of such denials and that it runs much deeper than ignoring the direct violence done to others. Zizek mentions the treatment of animals that end up on our dinner tables, and this seems closer to the mark when it comes to the type of ‘disavowals’ that we make on a day-to-day basis.

On a deeper level, we know not just that other people or animals are treated badly, but that our whole way of life is based upon such ethical compromises. We buy t-shirts made in China despite knowing the appalling conditions endured by the workers that make them, but this is only part of the picture. The true disavowal involves forgetting that we know that our quality of life is based on these compromises.

Zizek doesn’t address why these disavowals are made so readily. I would argue that it is possible to make them because we know that everyone else is doing the same thing, that we are all making such compromises. It is easy to feel trapped by this knowledge and fall into apathy:  why should I buy ethically-made t-shirts when no-one else is? When we look at the collective behaviour of the society in which we live, our own agency can appear as almost meaningless. Interestingly, this is the logic followed by countries such as Australia when it comes to the matter of acting on climate change: given that Australia accounts for such a minuscule percentage of global carbon emissions, what is the point of us changing when no one else will?

Apart from the feeling of hopelessness, there is another side to our feeling that our own agency matters so little – it gives us a way out of our own complicity in ethical compromises: if our agency is meaningless compared to the collective agency of society, then the unethical decisions we make don’t seem to matter.

But we remain in a bind. If we do choose to eat organic food, for example, we may feel as though we are doing some good, but Zizek claims this is merely buying our way of our own feeling of complicity: all we are doing is limiting our ethical concerns to a particular area so that we can feel good about ourselves, while ignoring all the other injustices in which we continue to be complicit.

So, what do we make of all this? Is it possible to lead an ethical life or does every ethical decision we make carry with it the phantom presence of all the other injustices to which we have chosen to turn a blind eye? While I sympathise with Zizek’s position, I wonder whether it could be the cause of even more apathy: if making ethical choices is nothing more than buying our way out of complicity, then what is the point of making any ethical decisions? Perhaps we should just live to serve our own interests?

But this is clearly not the answer either. A world in which everyone lives to serve their own interests would be like Hobbes’ state of nature: everyone for themselves, take what you can get, kill or be killed – who wants to live like that? Perhaps the answer lies in understanding that our lives are all connected to the point at which our interests always coincide – it is just a matter of seeing how this can be the case.

Simon Bonneau: A Melbourne-based writer. He has a Bachelor of Arts with a double major in Literature and Philosophy and is currently completing a Masters in Philosophy by Research.